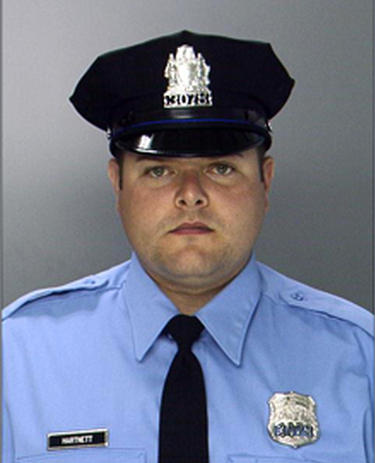 A photo of Officer Jesse Hartnett released by the Philadelphia Police Department. Hartnett joined the police force four years ago.

The gun used in the shooting was stolen from an officer’s home in 2013, according to police.

You can login using your social profile
Problem with login?